You can read the Methodology below or download the presentation in pdf format here.
You also can see it in Google Slides here.

Super-Resolution is the process of calculating high-resolution samples from their low-resolution counterparts. Trends in quality assessment of upscaled videos and images are favoring estimation of statistical naturalness in combination with fidelity. But restoration fidelity is much more important than statistical naturalness for some tasks. Some VSR methods may produce the wrong digit or an entirely different face. Whether a method’s results are trustworthy depends on how well it restores truthful details. Our benchmark is aimed to find the best algorithms for the restoration of real details during Video Super Resolution processing.

To analyze a VSR model’s ability to restore real details, we built a test stand containing patterns that are difficult for video restoration (Figure 1). 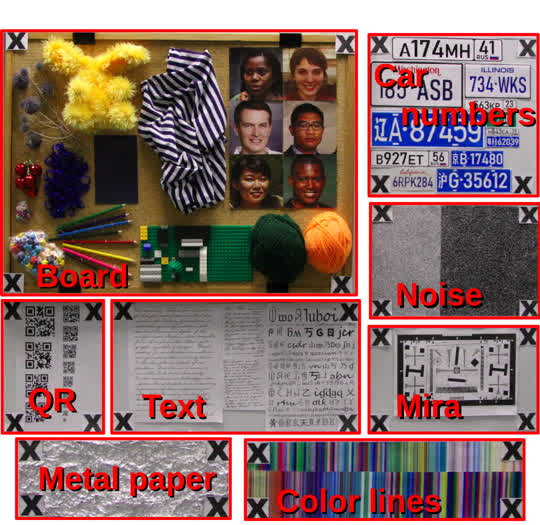 Figure 1. The test-stand of the benchmark.

To calculate metrics for particular content types and to verify how a model works with different inputs, we divide each output frame into parts by detecting crosses:
Part 1. “Board” includes a few small objects and photos of human faces*. Our goal is to obtain results for the model operating on textures with small details. The striped fabric and balls of yarn may produce a Moire pattern (Figure 2). Restoration of human faces is important for video surveillance.
Part 2. “QR” comprises multiple QR codes of differing sizes; the aim is to find the size of the smallest recognizable one in the model’s output frame. A low-resolution frame may blend QR-code patterns, so models may have difficulty restoring them.
Part 3. “Text” includes two kinds: handwritten and typed. Packing all these difficult elements into the training dataset is a challenge, so they are each new to the model as it attempts to restore them.
Part 4. “Metal paper” contains foil that was vigorously crumpled. It’s an interesting example because of the reflections, which change periodically between frames.
Part 5. “Color lines” is a printed image with numerous thin color stripes. This image is difficult because thin lines of similar colors end up mixing in low-resolution frames.
Part 6. ‘License-plate numbers” consists of a set of car license plates of varying sizes from different countries**. This content is important for video surveillance and dashcam development
Part 7. “Noise” includes difficult noise patterns. Models cannot restore real ground-truth noise, and each one produces a unique pattern
Part 8. “Resolution test chart” contains a resolution test chart with patterns that are difficult to restore: a set of straight and curved lines of differing thicknesses and directions
*Photos were generated by [1].
**The license-plate numbers are generated randomly and printed on paper.

Figure 2. Example of a Moire pattern on the “Board”.

The dataset includes three videos with different types of motion:

Technical characteristics of the camera

We captured the dataset using a Canon EOS 7D camera. We quickly took a series of 100 photos and used them as a video sequence. The shots were from a fixed point without a tripod, so the video contains a small amount of random motion. We stored the video as a sequence of frames in PNG format, converted from JPG. The camera’s settings were:
ISO – 4000
aperture – 400
resolution – 5184x3456

To verify how a model works with noisy data, we prepared noise counterparts for each input video. To generate realistic noise, we use python implementation [2] of the noise model proposed in CBDNet by Liu et al [3]. We need to set two parameters: one for the Poisson part of the noise and another for the Gauss part of the noise.
To estimate the level of real noise in our camera, we set a camera on a tripod and capture a sequence of 100 frames from a fixed point. Then we average the sequence to estimate a clean image. Thus we gain hundred of real noise examples. Then we chose parameters for generated noise so that the distributions of generated and real noise are similar (see Figure 3). Our parameters choice: sigma_s = 0.001, sigma_c = 0.035. 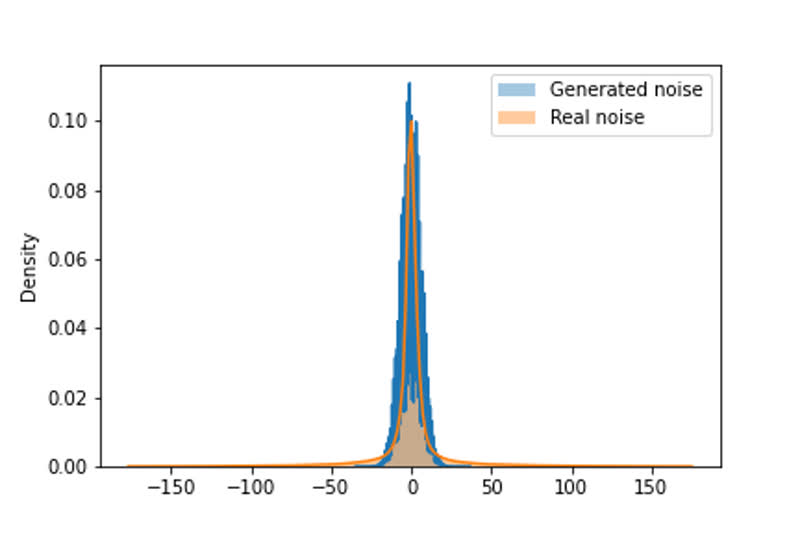 Figure 3. The distribution of real and generated noise.

PSNR – commonly used metric based on pixels’ similarity. We noticed that a model, trained on one degradation type and tested on another type, can generate frames with a global shift relative to GT (see Figure 4). Thus we checked integer shifts from [-3,3] in both axes and choose the shift with maximal PSNR value. This maximal value is considered as a metric result in our benchmark.

Figure 4. On the left: The same crop from the model’s output and GT frame.
On the right: PSNR visualization for this crop.

We chose PSNR-Y because it’s more efficient than PSNR-RGB. Meanwhile, a correlation between these metrics is high. For metric calculation, we use the implementation from skimage.metrics[4]. A higher metric value indicates better quality. The metric value for GT is infinite.

SSIM – another commonly used metric based on structure similarity. A shift of frames can influence this metric too. Thus we tried to find the optimal shift similarly to PSNR calculation and noticed that optimal shifts for these metrics can differ, but not more than 1 pixel in any axis. Because SSIM has large computational complexity, we decided to find optimal shift not among all shifts, but near with optimal shift for PSNR (in a distance of 1 pixel in any axis). We calculate SSIM on the Y channel of the YUV color space. For metric calculation, we use the implementation from skimage.metrics[5]. A higher metric value indicates better quality. The metric value for GT is 1.

ERQAv1.0 (Edge Restoration Quality Assessment, version 1.0) estimates how well a model has restored edges of the high-resolution frame. Firstly, we find edges in both output and GT frames. To do it we use OpenCV implementation[6] of the Canny algorithm[7]. A threshold for the initial finding of strong edges is set to 200. And a threshold for edge linking is set to 100. These coefficients allow to highlight edges of all subjects even of small sizes but skip lines, which are not important (see Figure 5).

Figure 5. An example of edges, highlighted by the chosen algorithm

Then we compare these edges by using F1-score. To compensate a one-pixel shift of edge, which is not essential for human perception of objects, we consider as true-positive pixels of output’s edges, which are not in edges of GT but are near (on the difference of one pixel) with the edge of GT(see Figure 6). A higher metric value indicates better quality. The metric value for GT is 1. 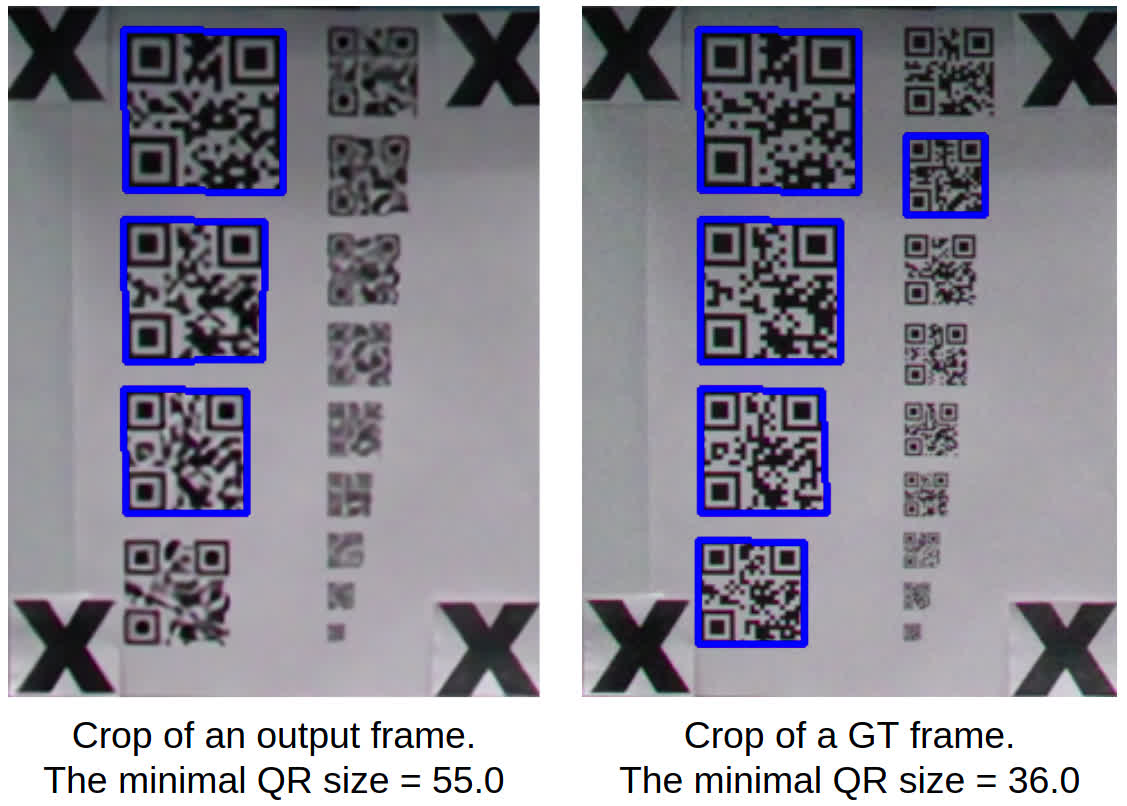 Figure 7. Example of detected crosses in output and GT frame.
The metric value for the output frame is 0.65

Because each model can work differently on different content types, we consider metric values not only on full-frame but also on parts with different content. To do this we detect crosses in frames and calculate coordinates of all parts from them.
Crosses in some frames are distorted and cannot be detected. Thus we choose keyframes, where we can detect all crosses and calculate metrics only on these keyframes. We noticed that metrics values on these keyframes are highly correlated and choose the mean of values through keyframes as a final metric value for each test case.

We cut the sequences to 30 frames and converted them to 8 frames per second (fps). This length allows subjects to easily consider details and decide which video is better. We then cropped from each video 10 snippets that cover the most difficult patterns for restora- tion and conducted a side-by-side pairwise subjective evaluation using the Subjectify.us service, which enables crowd-sourced comparisons.

To estimate information fidelity, we asked participants in the subjective comparison to avoid choosing the most beautiful video, but instead choose the one that shows better detail restoration. Participants are not experts in this field thus they do not have professional biases. Each participant was shown 25 paired videos and in each case had to choose the best video (“indistinguishable” was also an option). Each pair of snippets was shown to 10-15 participants until confidence interval stops changing. Three of pairs for each participant are for verification, so the final results exclude their answers. All other responses* from 1400 successful participants are used to predict subjective scores using the Bradley-Terry. *Answers to verification questions are not included in the final result.

The computational complexity of models

We tested each model using NVIDIA Titan RTX and measured runtime on the same test sequence:

FPS is calculated as the execution time of a full model runtime divided by the number of sequence frames.