Production of low-budget modern S3D movies is prone to errors — bad camera calibration, lack of synchronization. Such errors cause distortions — the left and right video streams may be out of sync, have color differences and geometric distortions. These problems make viewing uncomfortable and in some cases cause a headache. Distortion correction enhances the movie’s quality and increases viewing comfort. The following distortions are analyzed:

We have developed a method for evaluation and correction of these inconsistencies. 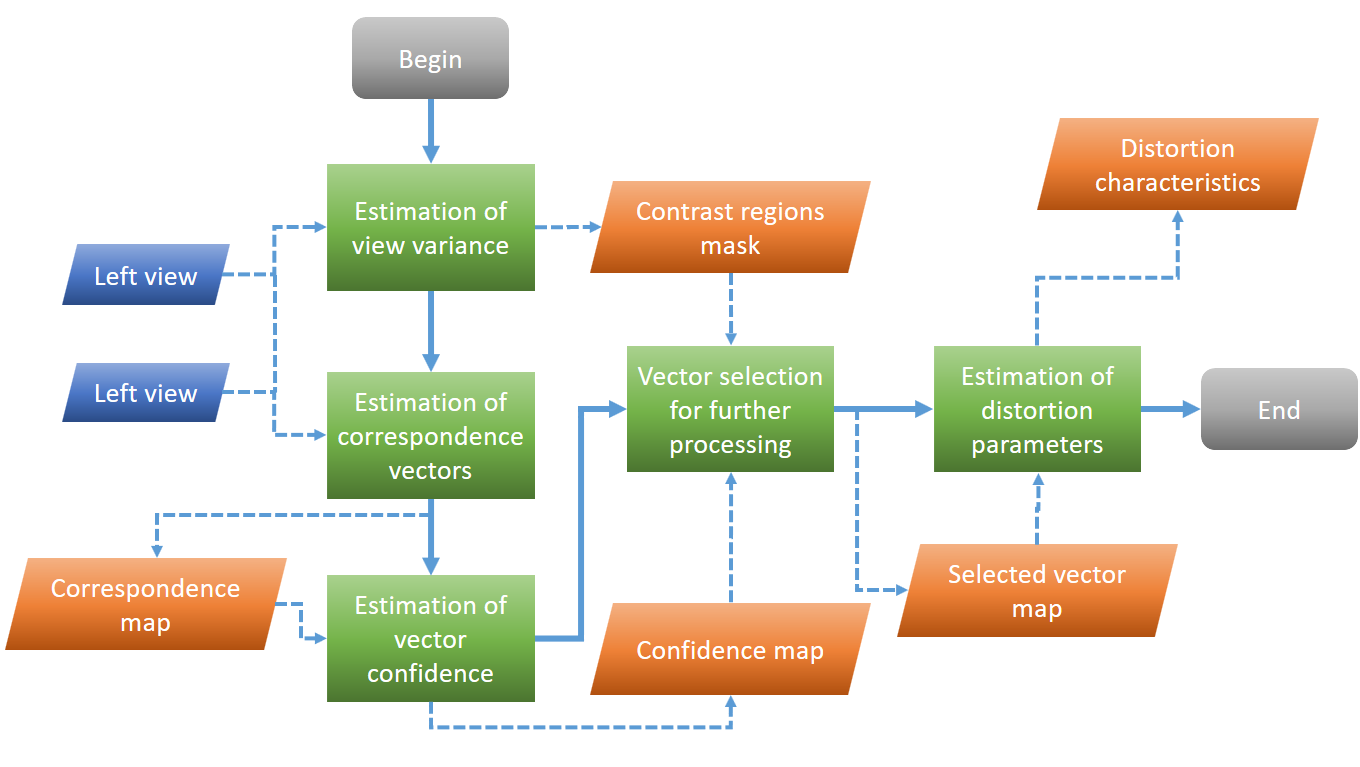 The input data should be two time-synchronized videos of left and right camera views. The algorithm is as follows:

Testing of distortion estimation was performed on multiple scenes from the stereo version of “Titanic”. As the S3D version of this movie was produced via conversion, there are no geometric distortions. We introduced artificial distortions and compared the result of our algorithm with true values.

We have compared distortions after correction by the proposed algorithm and two commercial products — Ocula Vertical Aligner and Nuke: YUVSoft Stereo Correction. Post-correction distortions were estimated using our method.

Both of the commercial products were outperformed by our algorithm. In the case of Ocula Vertical Aligner the rotation distortion of the corrected video linearly decreases for the first 150 frames, while our algorithm fully corrects the distortion.

We have compared the quality of 105 stereoscopic movies of different types with our distortion estimation algorithm — movies that have been shot with stereo rigs, converted from 2D and created using computer graphics. Recent movies generally show improved quality. 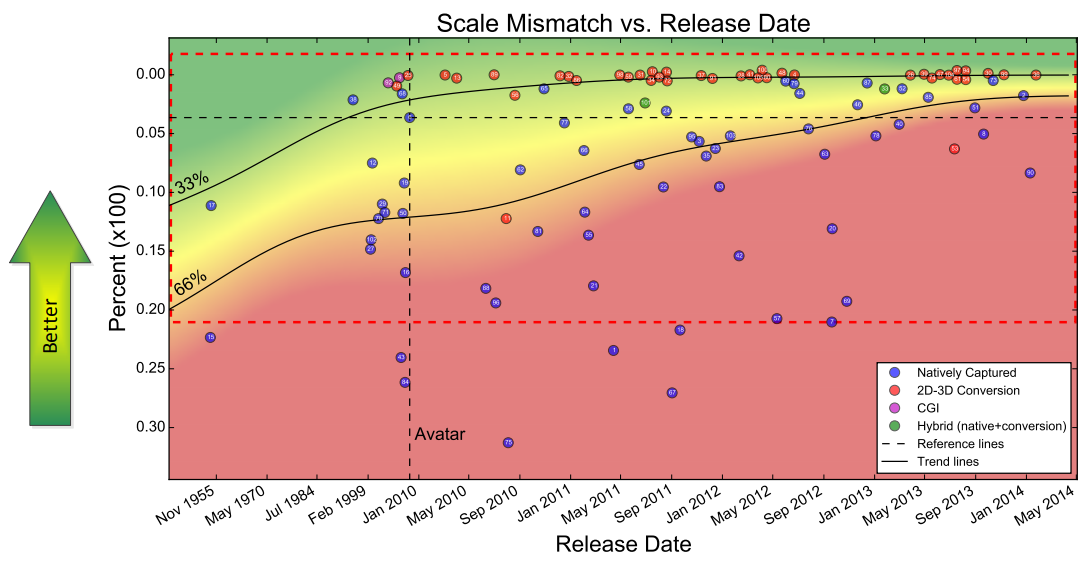 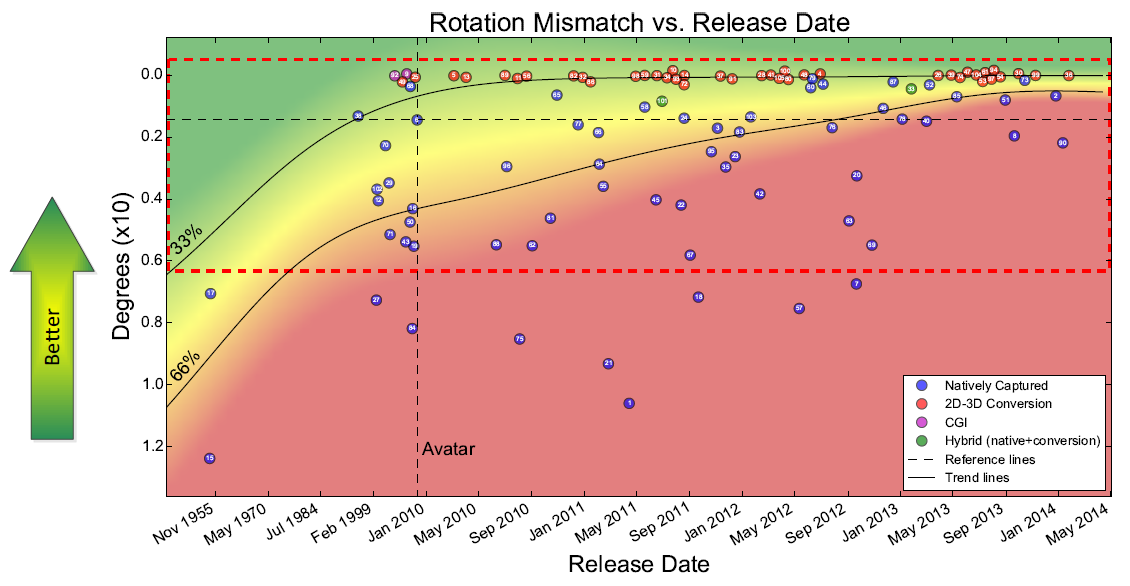