At zero parallax the pixel’s depth corresponds to the screen level. Pixels with negative parallax are viewed closer than the screen:

To get a point infinitely far away, we should make the parallax equal to the distance between the eyes. If the parallax is higher than that distance, the point becomes “father than infinite”, which is impossible in real life and can cause pain to the viewer:

We can easily observe that a 3D movie will have huge parallaxes when watched on a cinema screen because the screen width is big in comparison with the pupillary distance. If we watch the same movie on a mobile 3D-capable monitor, the screen width and hence parallaxes would be small (that is why mobile screens have “small depth”):

Estimating the range of parallaxes can show us how well the movie will be perceived.

We propose a method for estimating parallax distribution. The method’s outline is as follows:

The resulting histogram shows the range of parallaxes in the movie.

We estimated parallaxes in 105 movies. The following diagram depicts average extreme negative and positive disparities for each movie relative to its release date: 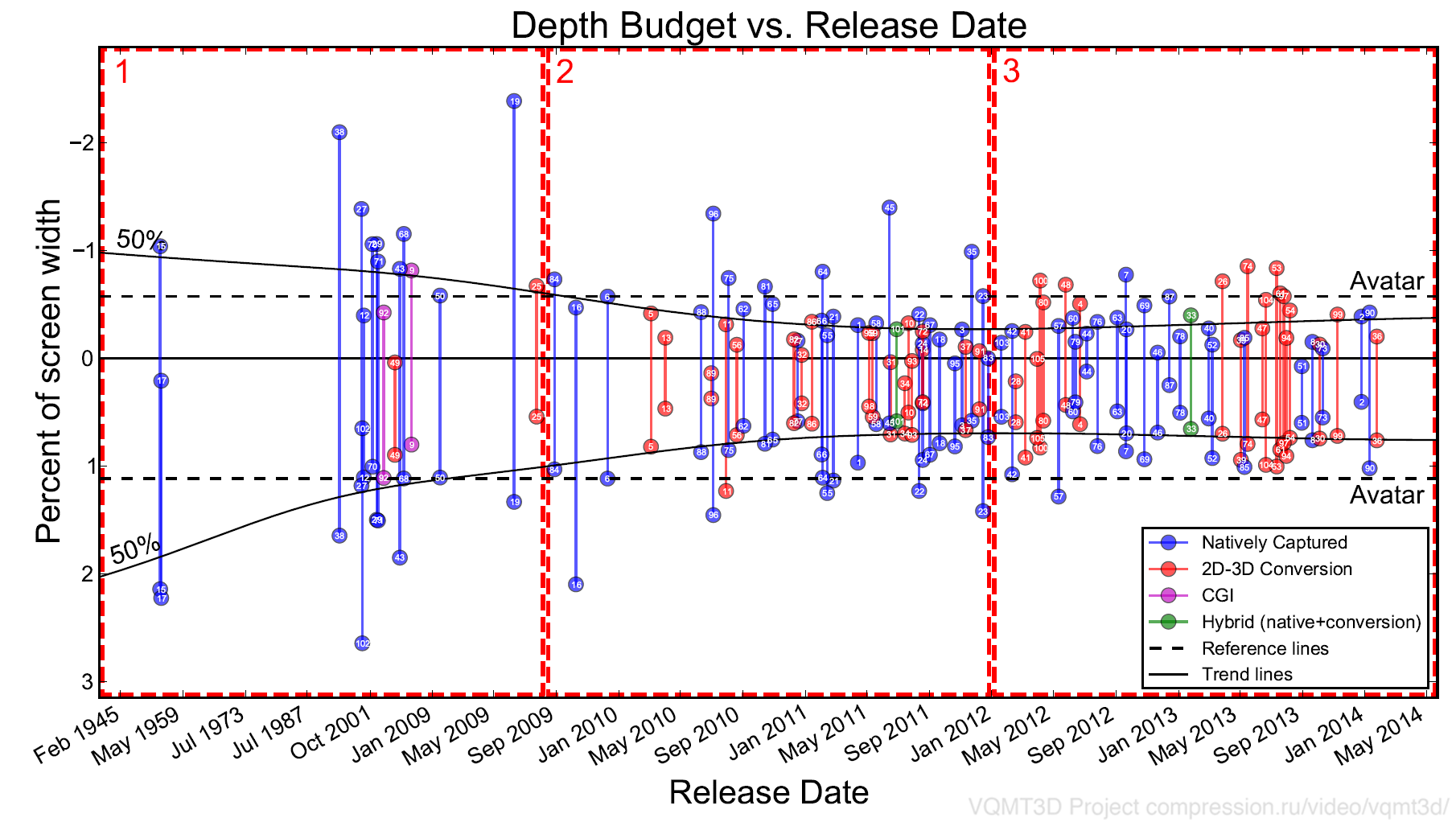 The “Avatar” movie (2009) was selected as a baseline in parallax range comparison, with parallaxes from -0.5 percent of screen width to 1.0, which is the most comfortable range. Some recent movies are still far from the ideal parallax distribution. 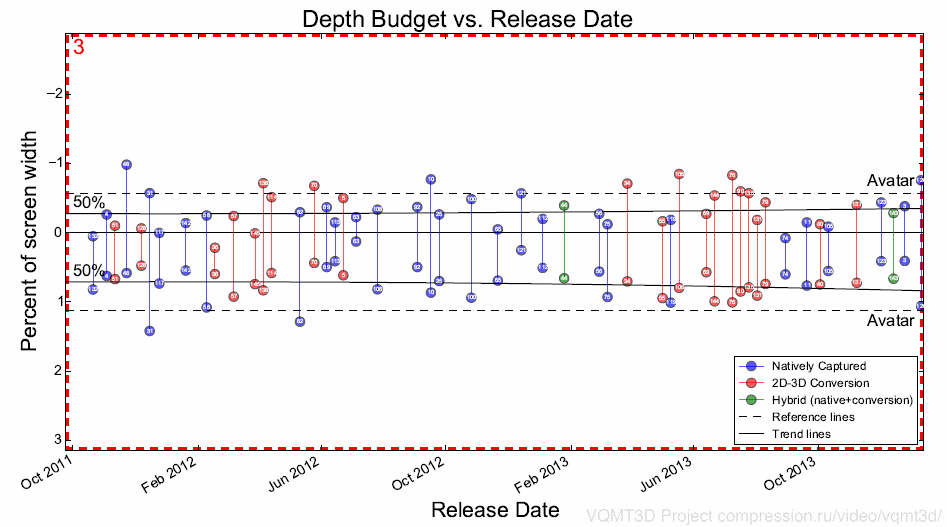 Magnified portions of the diagram 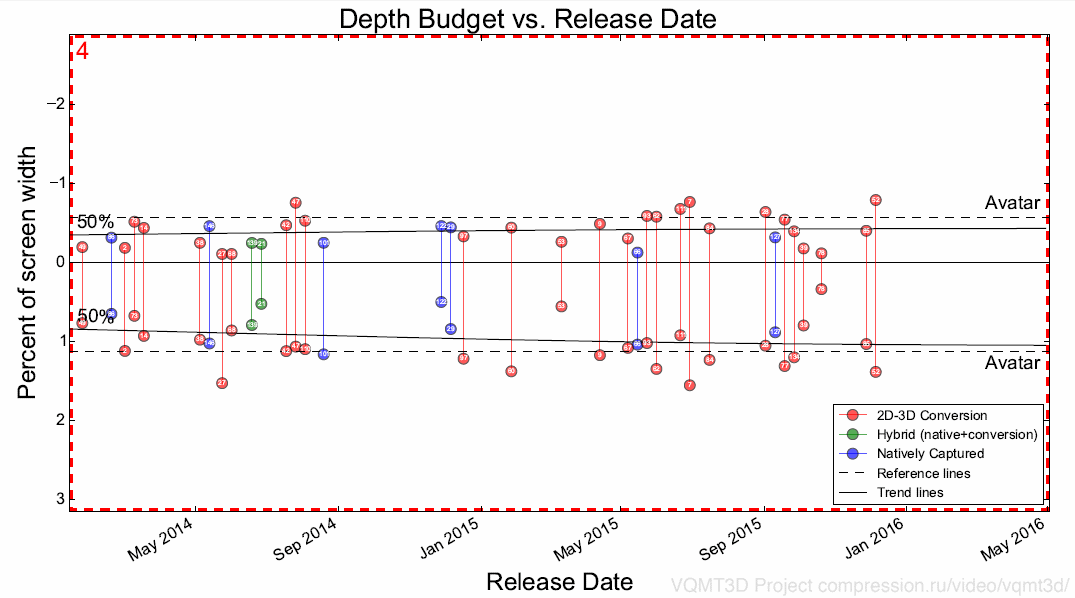 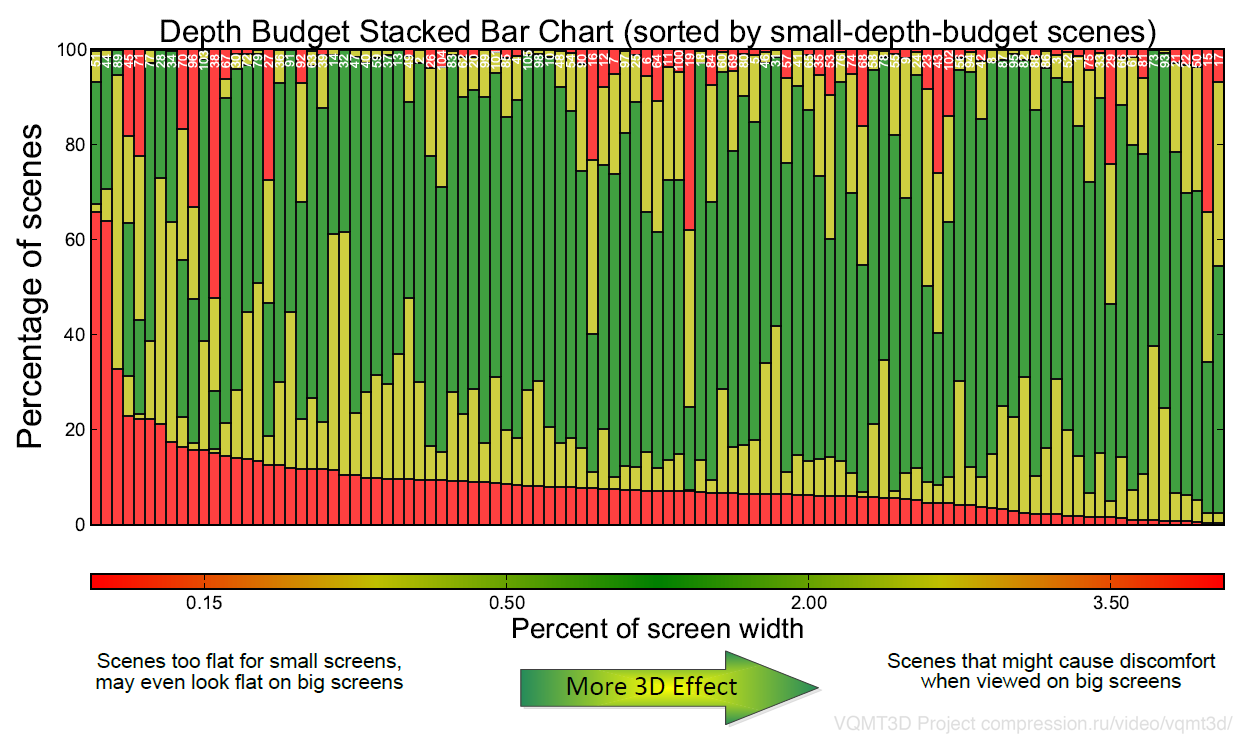 An analysis of per-scene ranges of parallaxes