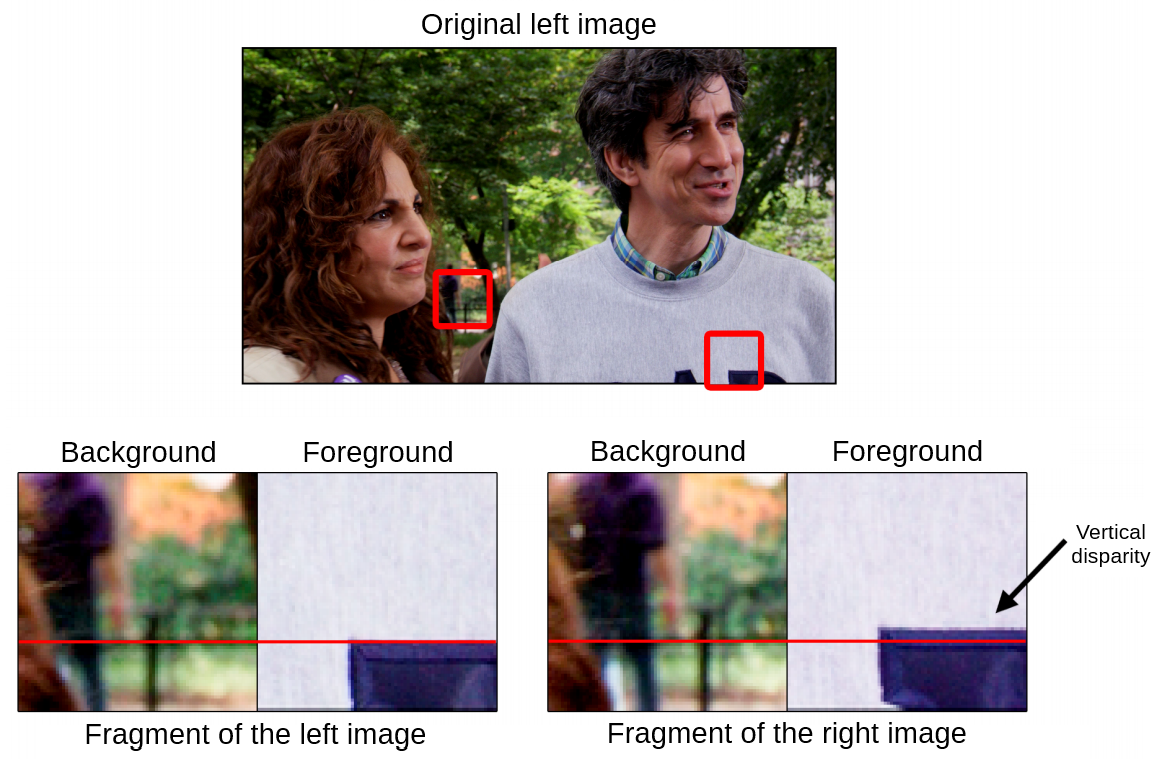 The algorithm is based on motion estimation and a modified version of RANSAC. 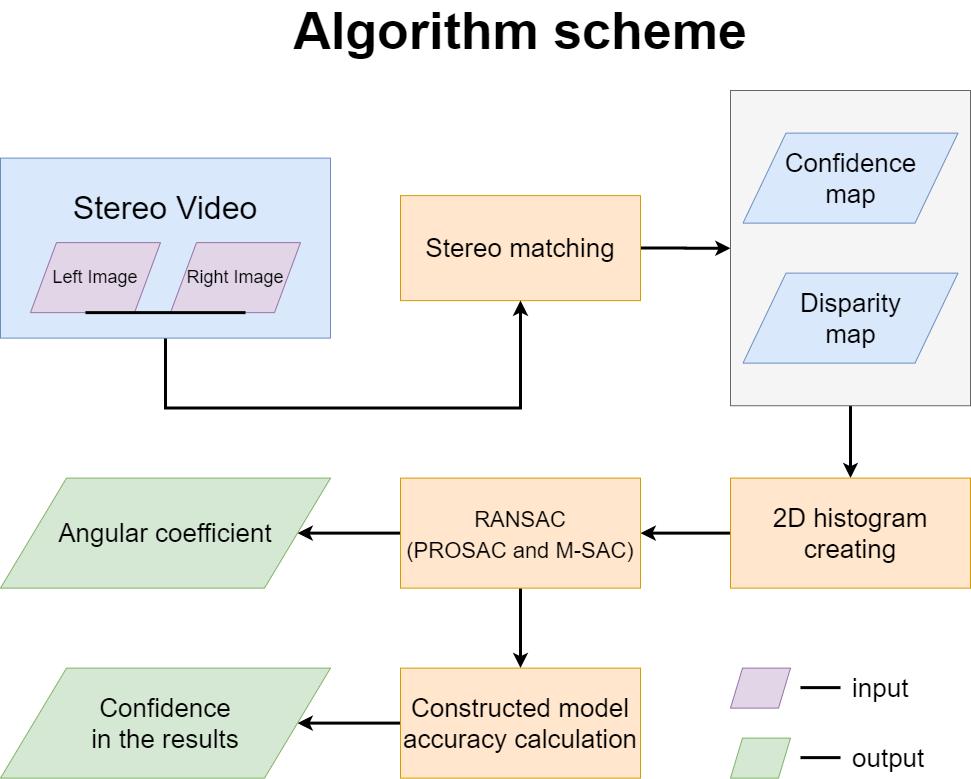 For the analysis of stereoscopic frames where the artifact was not expressed explicitly, compensation was applied — the horizontal shift of the right image so that the background objects had horizontal disparity values equal to zero.

In this work, 14 stereoscopic movies were analyzed and 122 scenes with this artifact were found.

The efficiency of this method was proven on the artificially created test set, the average confidence in the results was approximately 90%. Pearson correlation coefficient between ground truth and algorithm values was 0.993. 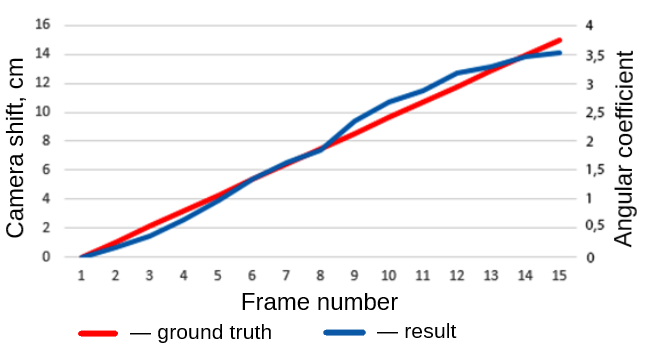 A validation dataset was also created, consisting of 200 scenes taken from 4 stereo films.