A lot of S3D movies contain artifacts despite large budgets and modern post-processing methods. It is caused by insufficiency in automatization of post-processing and high rate of human errors.

Differences in sharpness between views are usually caused by incorrectly calibrated cameras. While watching movies with sharpness mismatch the spectator may lose sense of 3D, which is the primary goal of stereo, or even get a headache.

The algorithm estimates the amount of local sharpness mismatch for each stereo pair, trying to fix it if possible.

The steps of the algorithm:

We compared our algorithm with a commercial plug-in for Nuke — Ocula 3.0 FocusMatcher on a set of 8 stereo sequences. 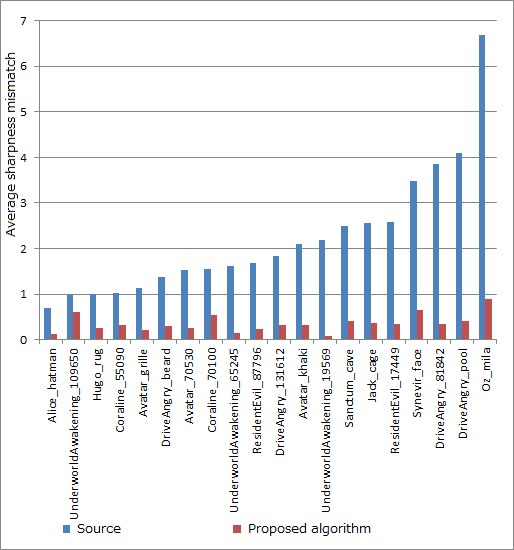 Results of the proposed algorithm 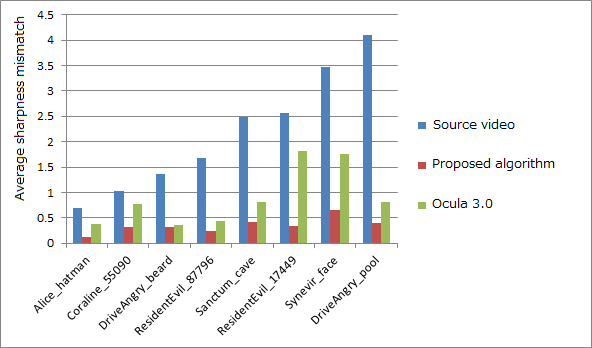 Results of comparison with Ocula 3.0 (FocusMatching)

Pictures below illustrate the differences between proposed algorithm and FocusMatcher on a single stereo pair. It is notable that FocusMarcher corrupts the background of semi-transparent objects (red boxes), while proposed algorithm doesn’t have such an effect. 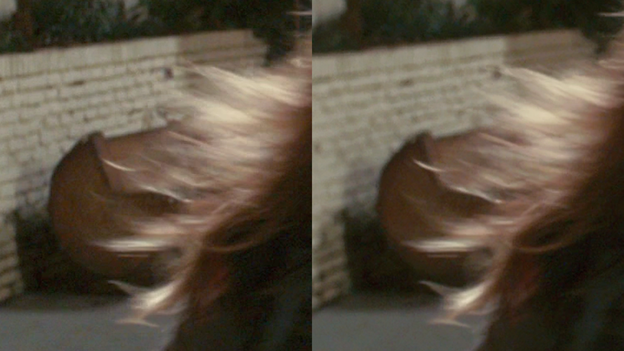