The main goal of the performed comparison is getting answers on the following questions regarding lossless video codecs:

Only absolutely lossless codecs were examined in this comparison. Only progressive test video sequences were used.

The comparison paper is 130 pages long and contains a lot of graphs to facilitate analysis like this one: 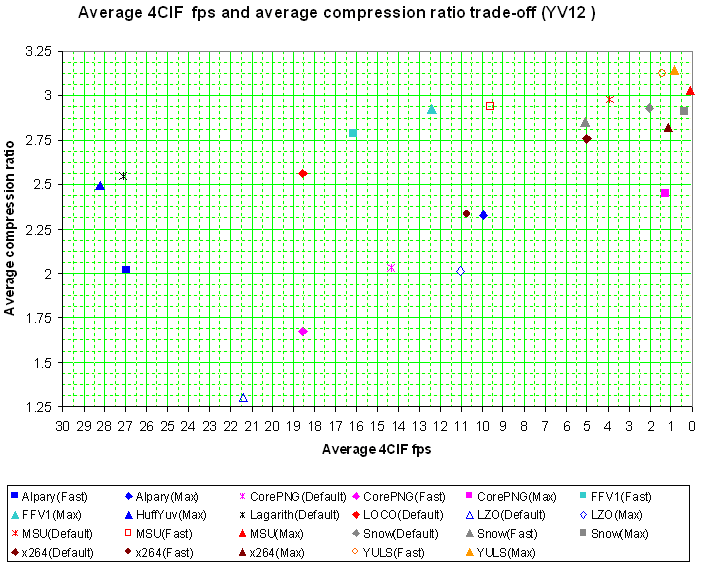