The main task was to comparatively evaluate quality of MPEG-2 decoders while decoding distorted streams. This question is topical for satellite broadcasting and, in a lesser degree, for DVD video playback. 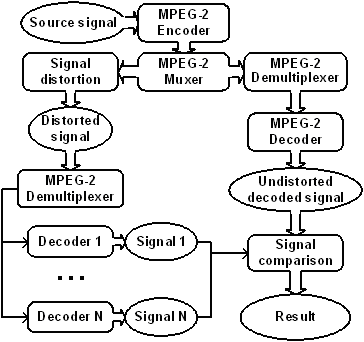 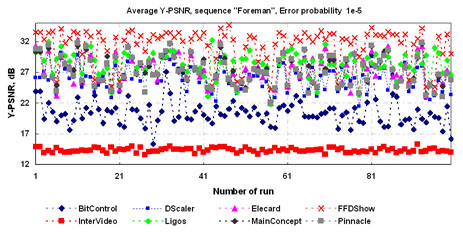