In this project a new fast and flexible algorithm for image denoising was developed. It could be easily used to enhance image and video corrupted by strong compression. This technique can be adapted to use in de-blocking and Gibbs phenomenon reduction algorithms (de-blocking and de-ringing algorithms). Since the fastest way to reduce noise in an image is averaging pixels using only neighbor pixels which are similar in some way to the current pixel, we designed a new method of averaging that surpasses already known methods in visual quality as well as in speed. One of the advantages of our method is the usage of the local window of a small radius to reduce small or middle strength noise, another one is a simple measure for pixels’ similarity determination which can be used in both spatial and motion compensation-based temporal denoising methods. During the project we also showed how proposed technique can be optimized to reduce number of computationally expensive operations for using it on DSP-like processors.

We have tested our fast variant of spatial noise reduction filter by applying it to different color videos after adding Gaussian noise of different levels. Such a procedure allows comparing denoised video to original one. We use standard PSNR measure to estimate denoising quality, for each test video sequence this measure was calculated for every frame and then averaged. Average results of comparison with other well-known spatial algorithms are presented bellow. We use six different video sequences and three different noise levels for each of them. First three-five letters in the test sequences’ names in figure below designate abbreviated name of a test sequence, and numbers in the test sequences’ names mean value of Gauss variance of added Gauss Zero Mean noise. Proposed method shows good results on all test sequences.

Next example illustrates a source frame from “shattered” sequence, up-scaled part of it is used in visual comparison between different methods. This example proves that proposed method can efficiently suppress noise without decreasing overall image sharpness and over-blurring.

A frame from the "shattered" sequence

The following two examples show how proposed method can be used for enhancement of images corrupted by strong compression. 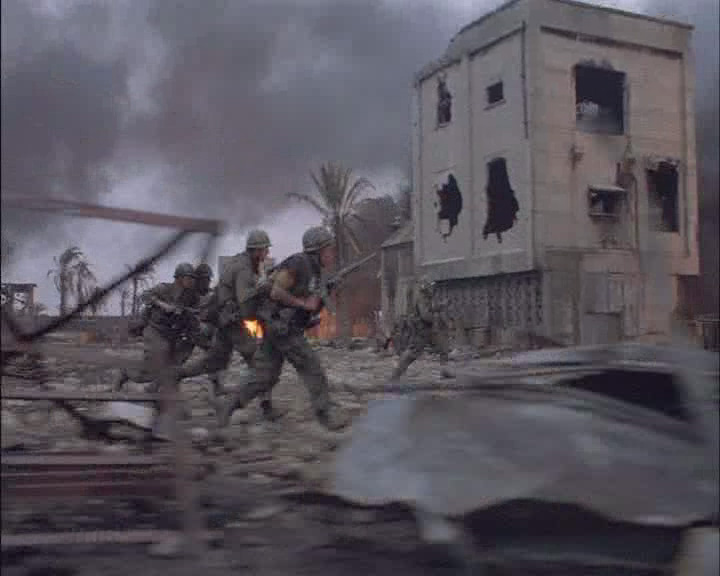 This is a vivid example of how proposed method can be used in de-blocking applications. To achieve such results we set up denoising strength to large value.

Next example shows another useful property of developed method — it removes effects that are visually similar to Gibbs phenomenon, which can be often seen in strongly compressed images in areas around sharp edges. We also pay attention to another interesting property of the algorithm: example shows that processed image, besides being cleaned from artifacts, is even sharper than the original one. We have applied our method twice to obtain this result. 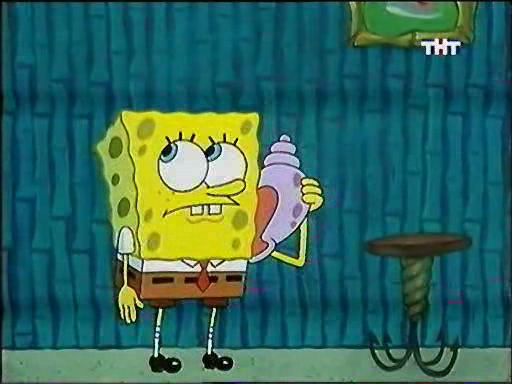 We would like to express our gratitude to Intel Corporation, that supported this work, and personally to Tiehan Lu and Walid Ali. Additional thanks to Computer Graphics and Multimedia at Moscow State University and personally to Bayakovski Yuri.

This algorithm was developed in collaboration with Intel so currently it is unavailable due to contract limitations.