After a very successful release of Avatar the interest to stereo 3D films endures now a bad slump. Some people even think that the 3D is dying and has no future. This decline of 3D demand has a serious background: many movie goers experience headache and eyestrain while watching a stereo film. The Lab decided to analyze the stereo films, captured with stereoscopic camera systems and to investigate the potential reasons of the irritating annoyance. The main examined problems, discovered during the film analysis:

We’ve got a lot of positive comments from professional stereographers on our first report and were encouraged to continue the work on stereo film evaluation. We are planning to publish in the 2-nd half of 2013 another three reports and invite the stereographers for cooperation.

Now we have a pleasure to share with the industry professionals our second report on stereo film quality analysis, also including five 3D movies filmed in stereo:

In the overall comparison of the examined films we compare 3D movies from the 1-st and 2-nd reports, altogether 10 films.

Take a look at the depth budget (see the Image #2): 3D films created in 1994 have a big depth budget; the movies from 2011-2012 years have a big negative parallax. ‘Hugo’ has a lot of objects before the screen, on the contrary, in ‘The Three Musketeers’ all objects are behind the screen. 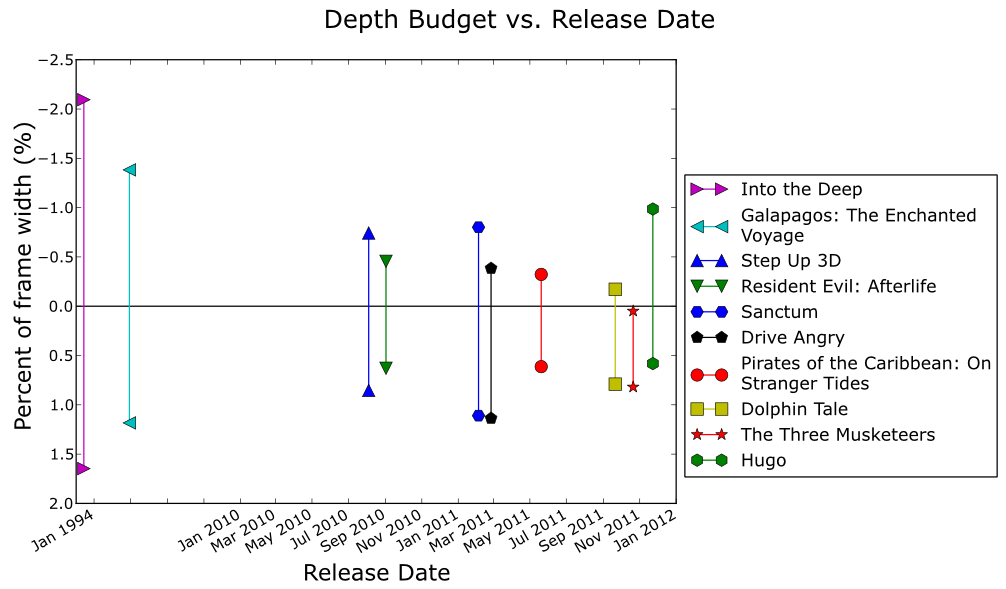 It’s noticeable that all the recent films (‘Hugo’, ‘The Three Musketeers’, ‘Pirates of the Caribbean’) have a good vertical disparity. It means, that the situation is getting more and more better with the lapse of time (see the Images #3 and #4). 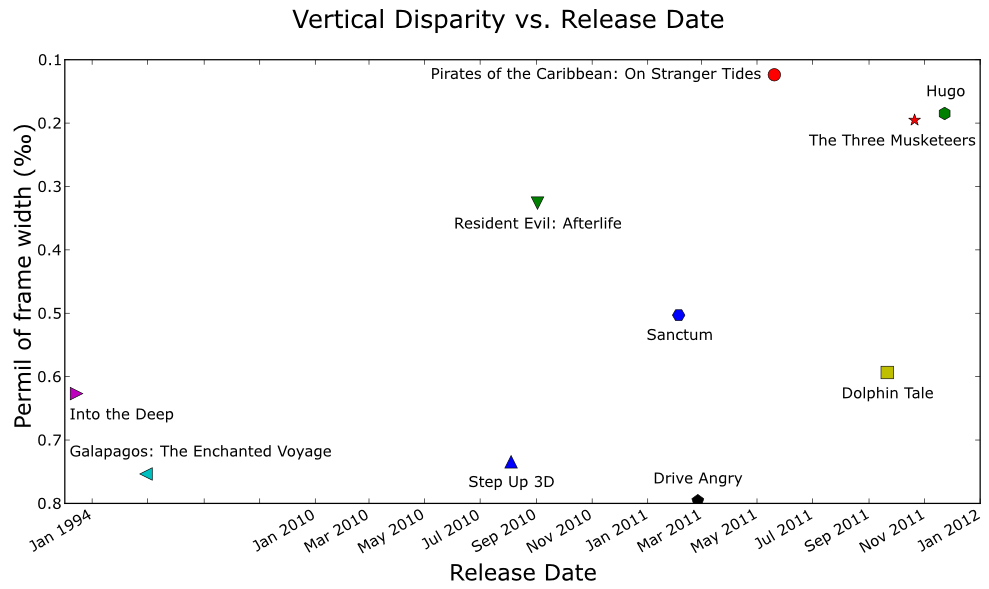 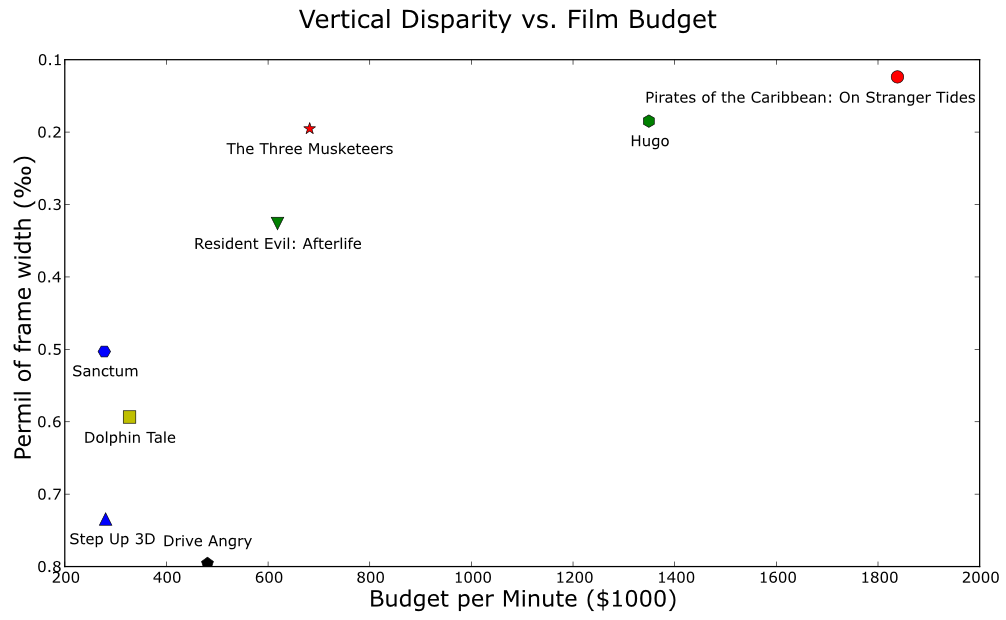 According to the Images #5 and #6 the films ‘Hugo’, ‘Three Musketeers’ and ‘Pirates of the Caribbean’ have the best color measures. 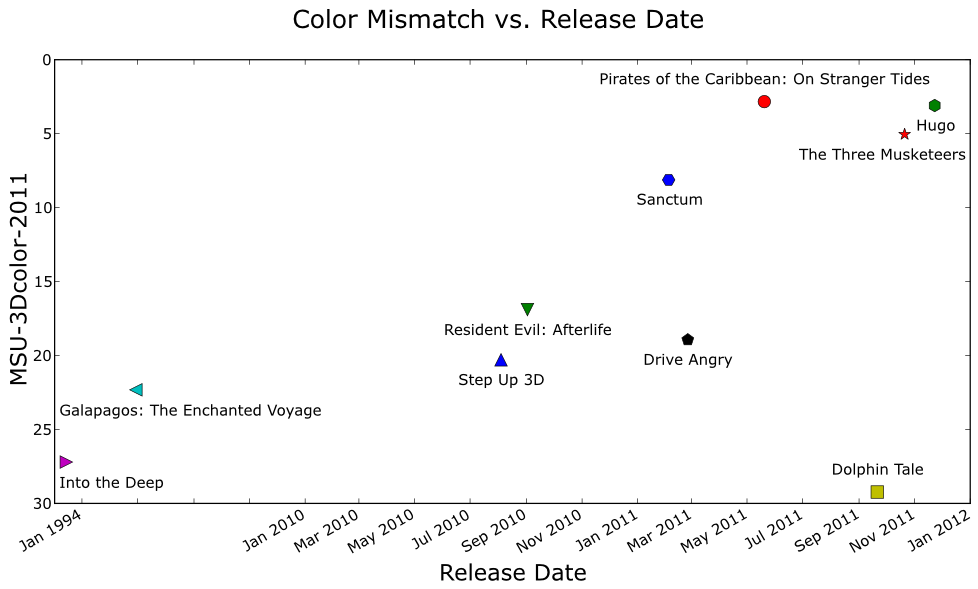 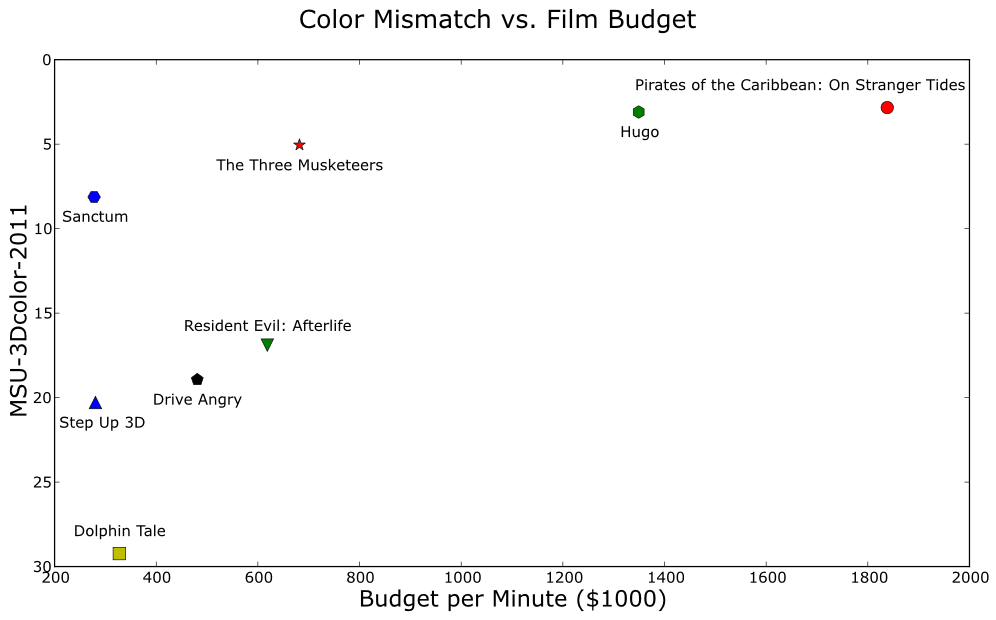 Image #7 shows a good trend of improvement in the last years: the films ‘Hugo’, ‘Three Musketeers’ and ‘Pirates of the Caribbean’ have a minimal sharpness mismatch measures in comparison with the other evaluated movies. 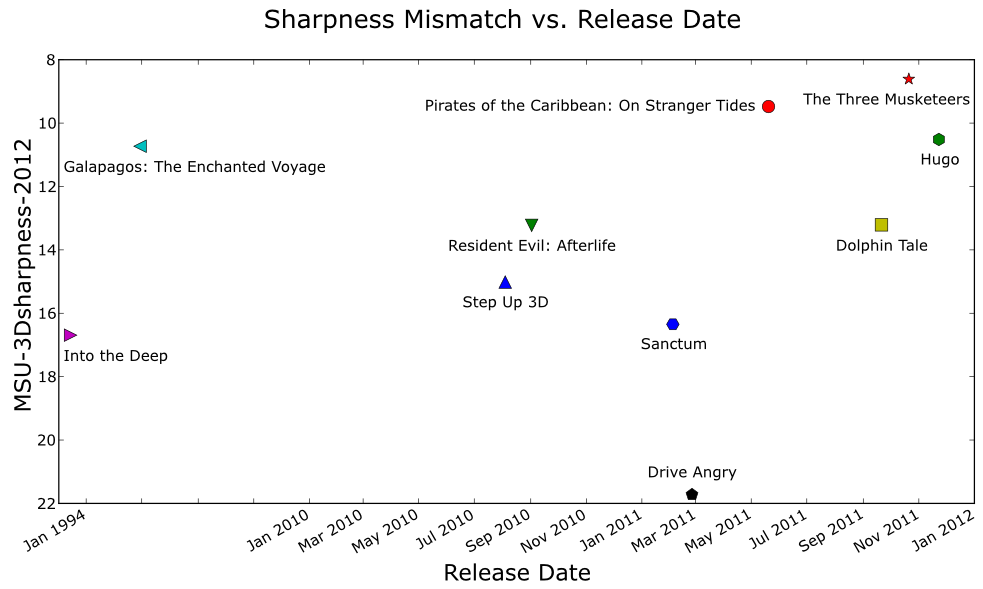 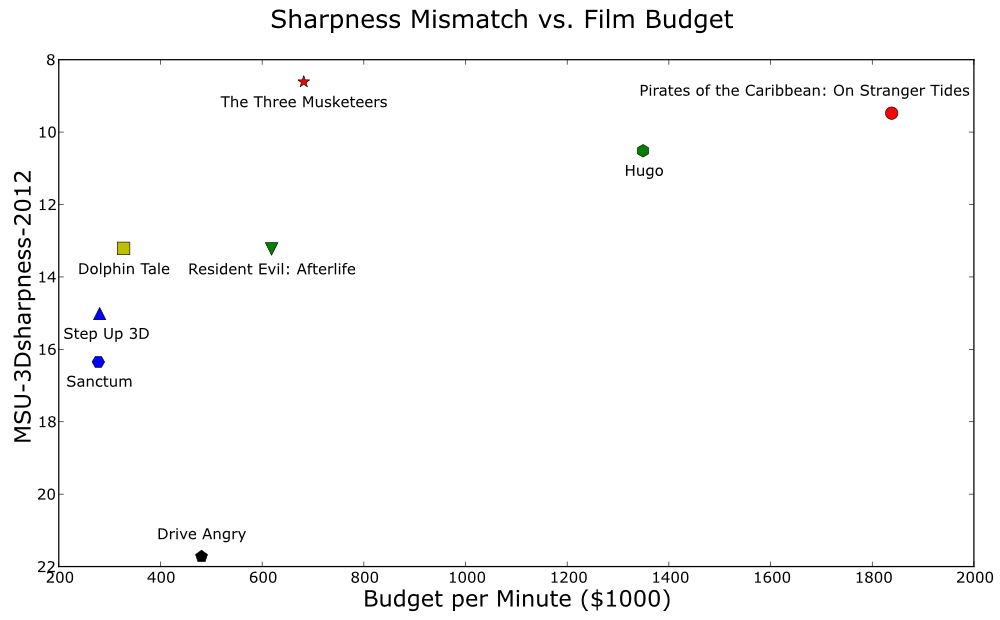 In the screenshots #1-4 below please find the samples of valuable comments from professional stereographers and some more charts and visualisations of distortions:

We would like to thank for valuable comments, opinions and feedbacks, which helped us in preparing this report (in alphabetical order):