April 11.—The stereo 3D (S3D) film industry is now experiencing a drop in interest. Some people even think that the industry is dying and has no future. And a key factor in its decline is the poor quality of the 3D content which causes eyestrain and sometimes even severe headaches and nausea. The Graphics & Media Lab CMC of Lomonosov Moscow State University (further: the Lab) in cooperation with IITP RAS decided to investigate this problem.

The Lab already has over 10 years of experience in comprehensive analysis of quality of compressed video. In the area of 3D video quality it has already released 4 reports since March 2013 presenting the evaluation of 20 S3D films altogether.

The 1, 2, 4 reports were focused on films captured with stereoscopic camera systems, and the main problems discovered during the film analysis were:

Image #1: Example of the vertical disparity

Third report was dedicated to quality analysis of 2D-3D conversion which introduces a lot of new problems that are absent in captured S3D video. The analysis included the following common converted S3D video issues:

Image #2: Example of the edge-sharpness mismatch

The Lab received a lot of positive comments from professional stereographers on these reports and was encouraged to continue the work on stereo film evaluation. The next two reports will be dedicated to the analysis of a stereo-window violation effect, which may be especially annoying in the more visible parts of the image. This issue appears in both captured and converted S3D films.

And now we would like to introduce the fifth report, in which the analysis of converted S3D films quality was continued. The report includes the following films:

The main new feature introduced in this report is the analysis for inconsistencies between stereo disparity and motion, which enables the automated detection of shots where inaccurate depth map was used for 2D-3D conversion (Image #3).

Image #3: Example of the inaccurate depth map use

The overall comparison of films in the report includes all 25 films analyzed in this or previous reports. 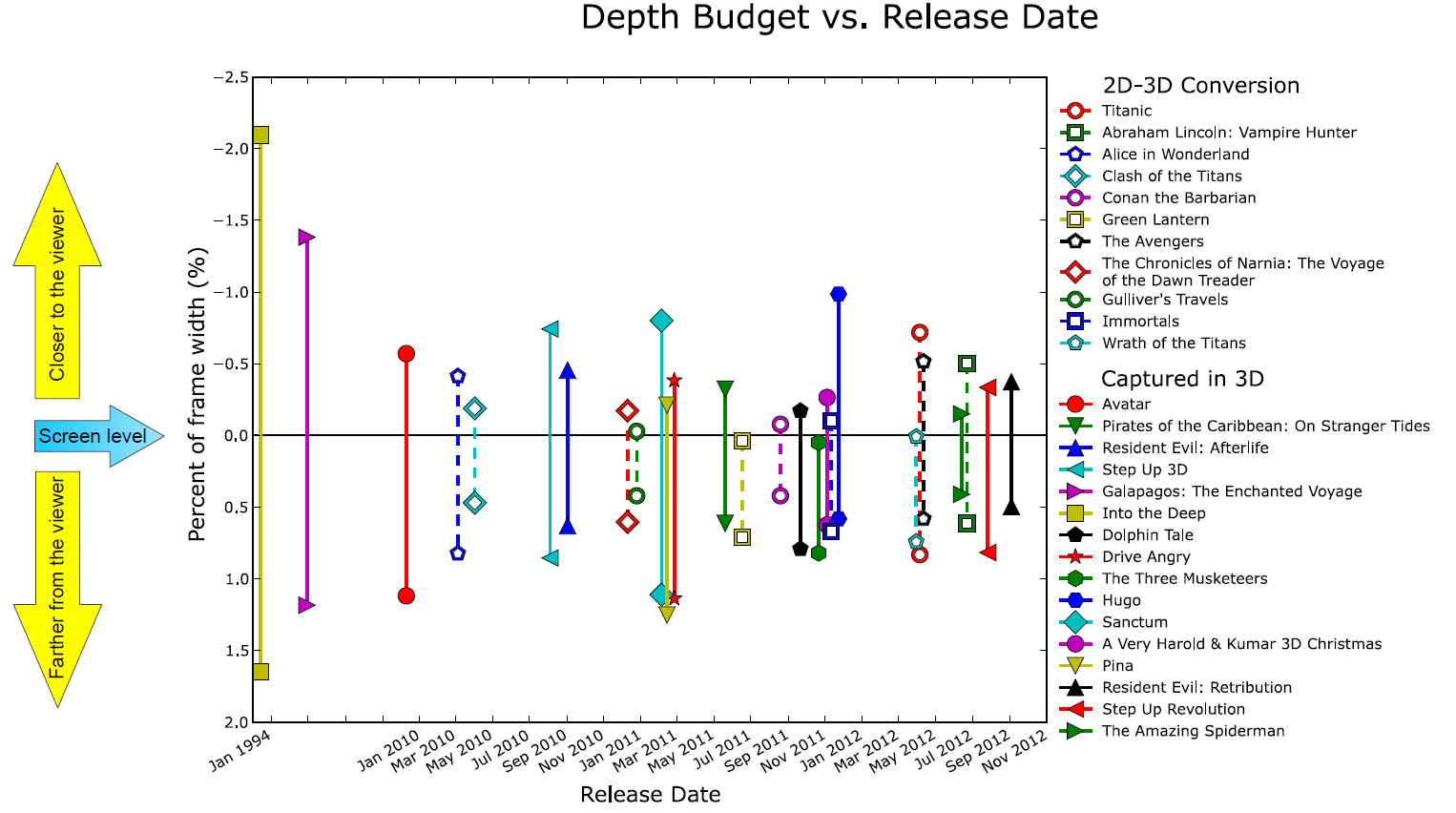 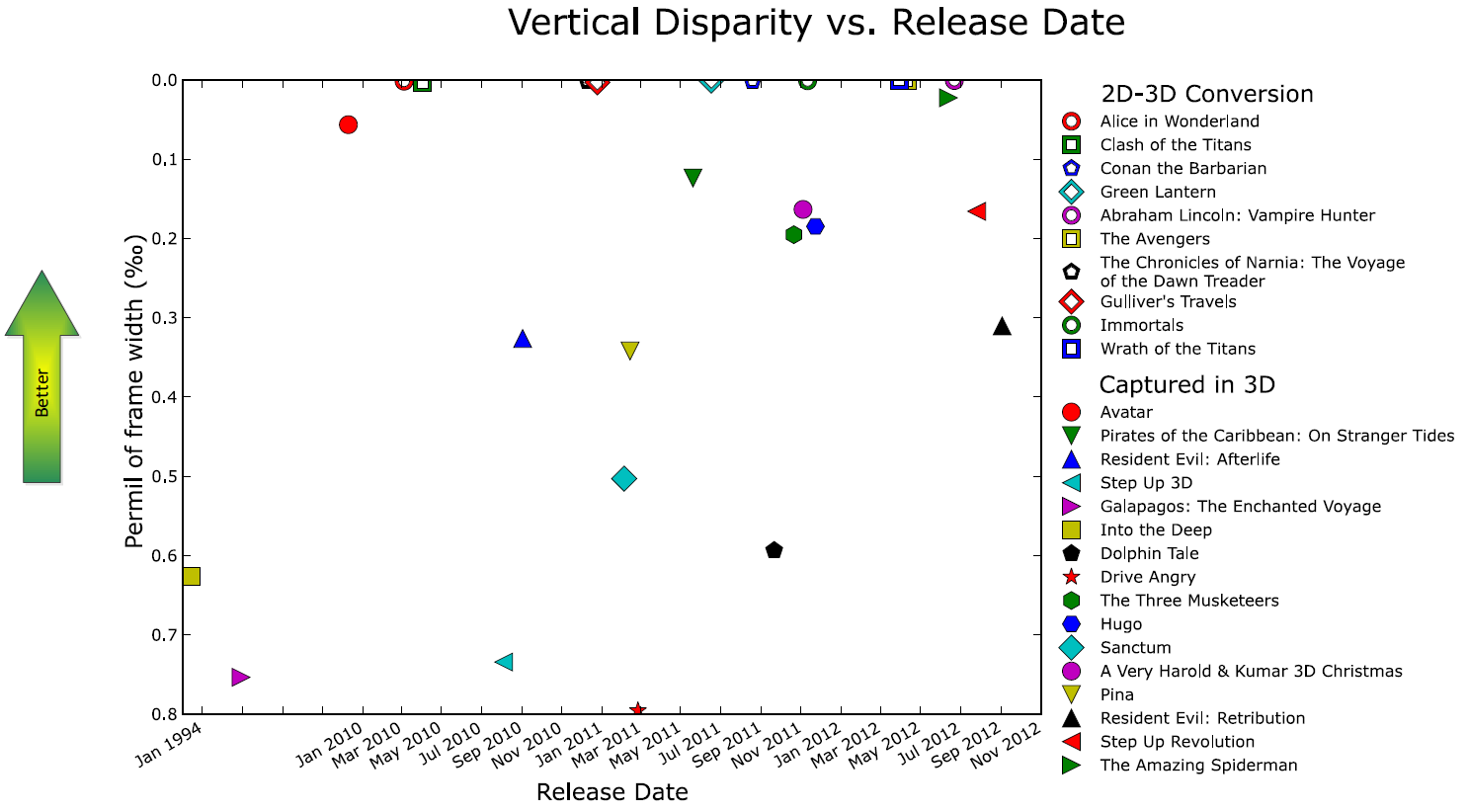 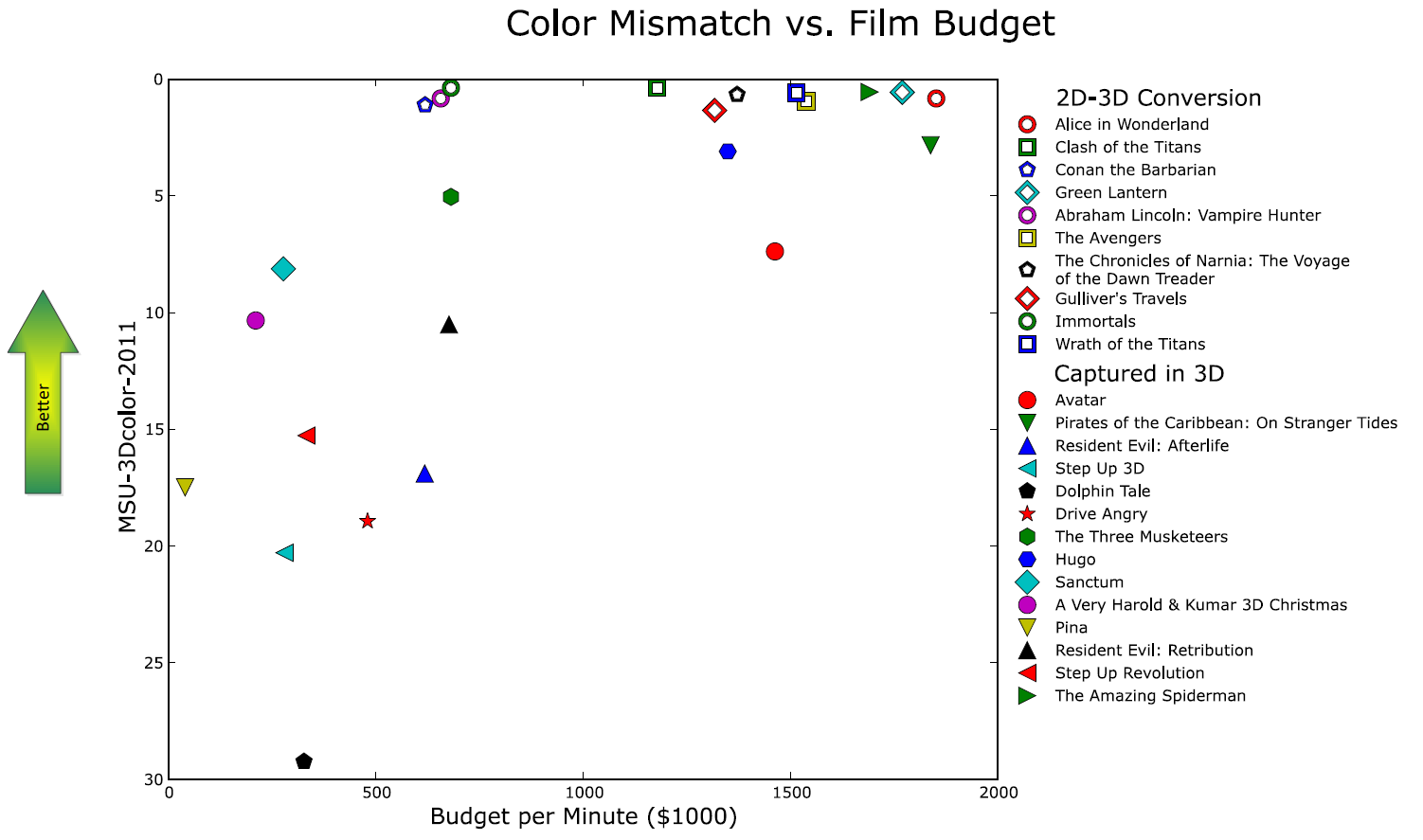 The report also contains a comparison of 2D & S3D versions of all five films. This research has several goals:

A key motive of this report is to improve the stereo quality and therefore to reduce eyestrain and headache. The Lab hopes, that a high 3D video quality would contribute to a continually increasing number of people, leaving the modern theaters without annoyance and with good impressions from the image quality and storytelling. If you are concerned about this problem too, please feel free to share the VQMT3D project homepage link. The next reports on 3D quality will be published in the near future on the website.