One of the common issues with stereo 3D (S3D) movies is the presence of stereo-window violations. A stereo-window violation can be defined as a contradiction between two different depth cues where an object on the side of the image is partly hidden by a border of the frame but, owing to its parallax, appears closer than the border (Image #1). As with other contradictions, this situation can cause serious discomfort because it almost never occurs under viewing conditions in a real environment. However, it often receives surprisingly little attention during both production and screening of S3D movies. The Graphics & Media Lab CMC of Lomonosov Moscow State University decided to investigate this problem.

In most cases the stereo-window violation issue can be fixed by means of the floating-window technique. A floating window is simply a black stripe added to the edge of one of the views to cover window-violating content (Image #2). A lot of different strategies can be employed in using this technique, including static, dynamic, slant or even curved floating windows (Images #3-5)

The sixth report is dedicated to the analysis of stereo-window violation issue and use of floating windows in various S3D movies. It addresses 10 different S3D films, both natively captured and post-converted:

The report presents per-frame charts that enable the analysis of floating window behaviour with respect to disparity of the closest object near the edge of the frame (Image #6). The charts are accompanied by visualizations of the most noticeable window violations.

The report also presents an overall comparison of films in terms of quality of stereo window violation handling. 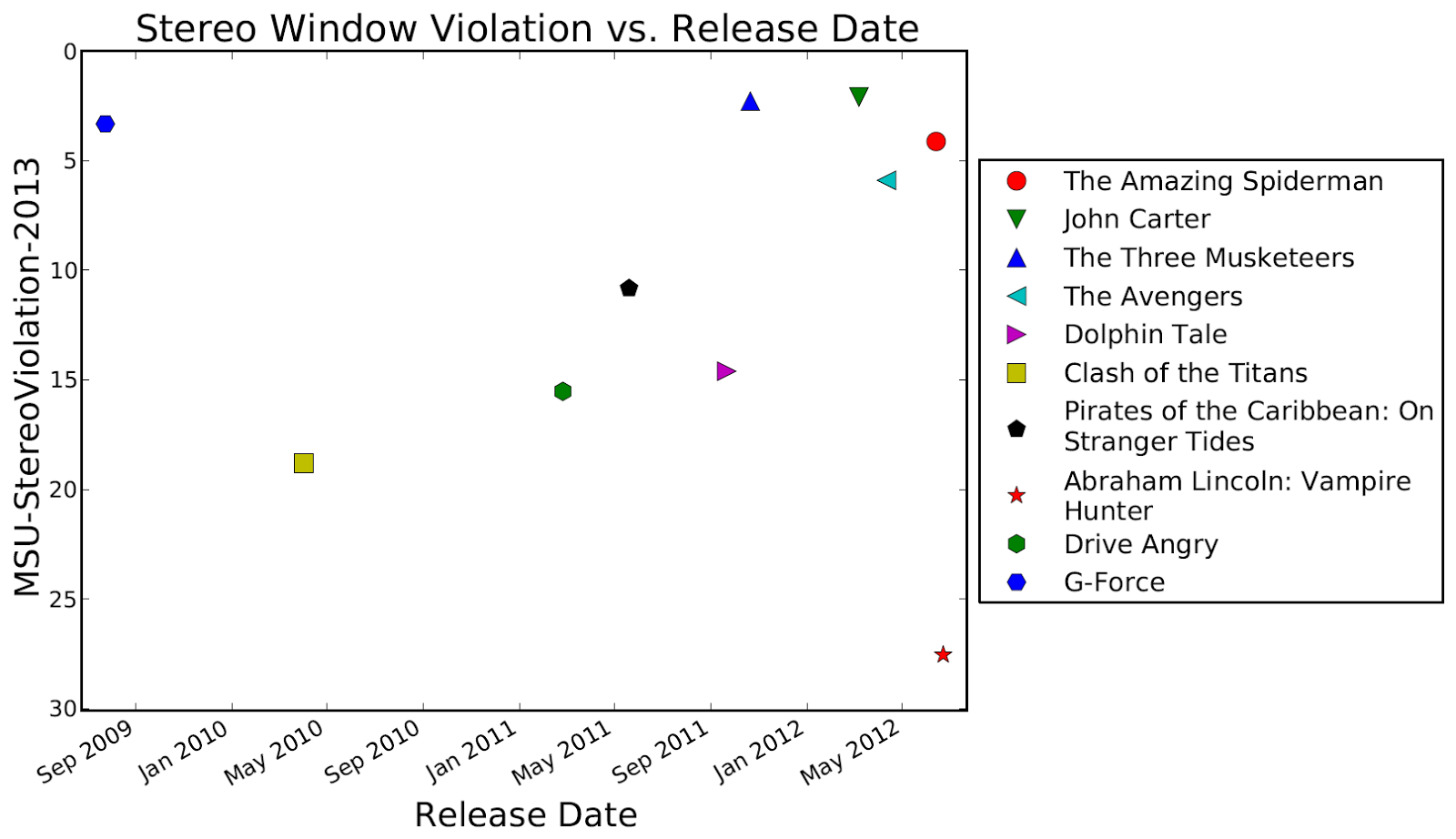 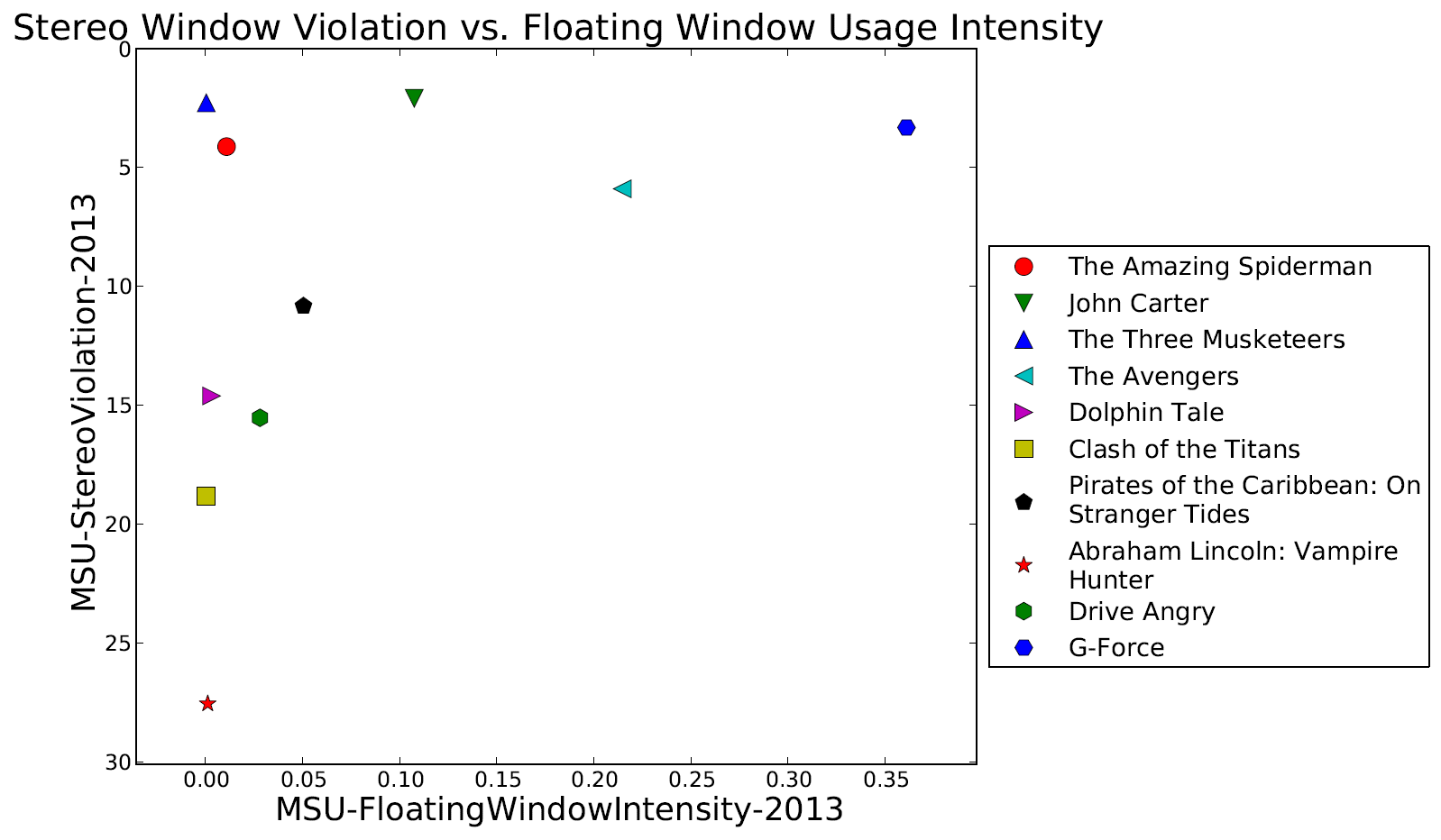 This fact can be explained by looking at the average disparities of the closest object near the edge of the screen (Image #9). In fact, The Three Musketeers has the highest average positive disparity value, indicating that, indeed, floating windows are not required to achieve low stereo window violation level in this film. 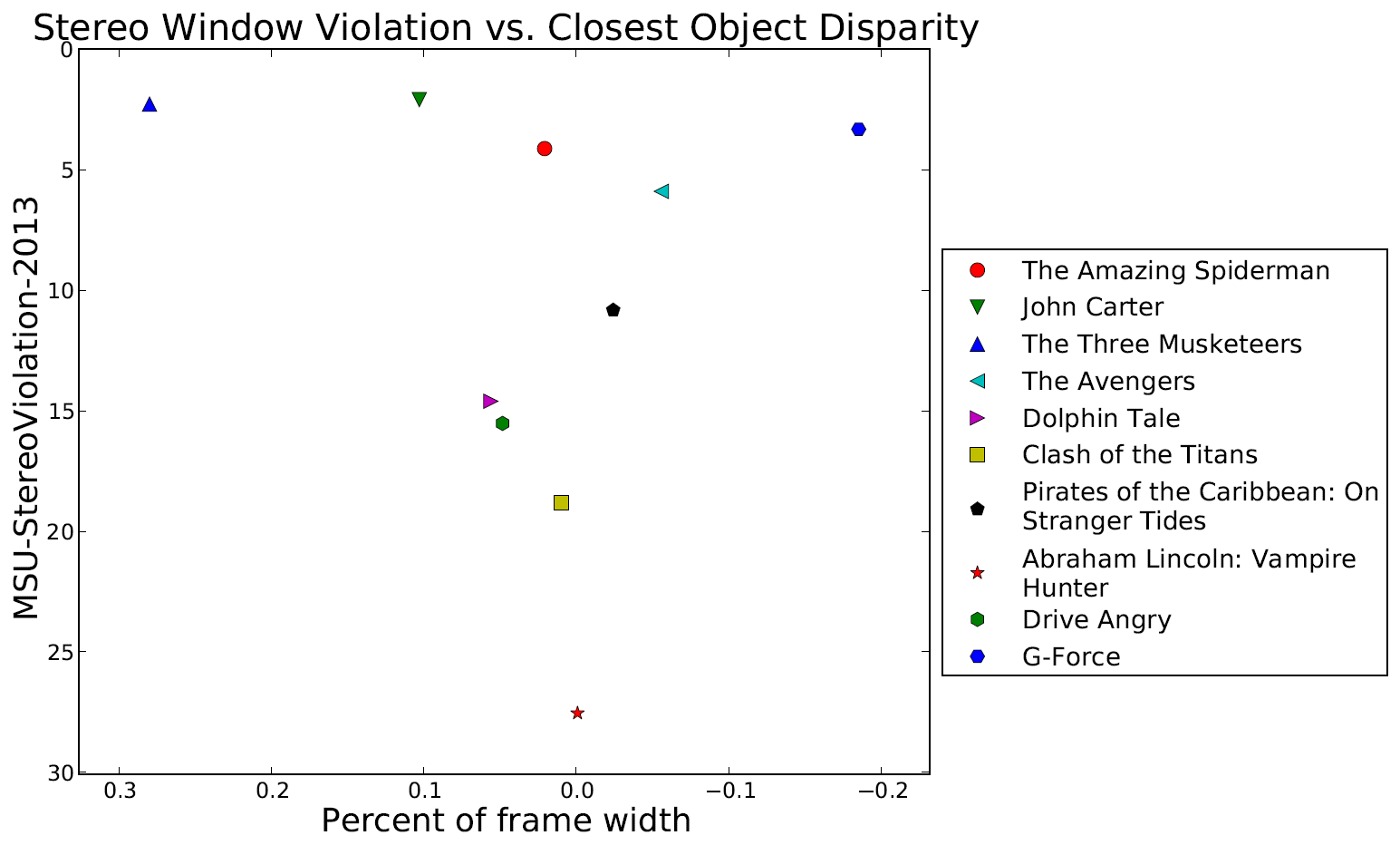 We are always interested in feedback from professionals in film-production industry. We have already collaborated with more than 20 stereographers who provided us valuable comments which were inserted in our reports. If you would like to participate in the next reports, please feel free to contact us: 3dmovietest@graphics.cs.msu.ru.