After a very successful release of Avatar the interest to stereo 3D films endures now a bad slump. Some people even think that 3D is dying and has no future. This decline of 3D demand has a serious background: many movie goers experience headache and eyestrain while watching a stereo film.

The Lab decided to analyze the stereo films and to investigate the potential reasons of the irritating annoyance. The first two reports were focused on films captured with stereoscopic camera systems, and the main problems discovered during the film analysis were:

Image #1: Example of the sharpness mismatch

We’ve received a lot of positive comments from professional stereographers on these reports and were encouraged to continue the work on stereo film evaluation.

In many cases flat scenes are simply victims of declining budgets. Often times, companies will prioritize shots on the basis of length or fast motion the idea being that if a shot is very short/fast, no one will notice that it is 2D. For the most part, this approach is acceptable to the viewing public because they simply don’t notice or don’t care. One of the problems of intercutting 2D and 3D is the cumulative result of the brain expecting something it doesn’t get. Over time, this mismatch in perception and expectation can result in a form of motion sickness (similar to when the ears and eyes don’t agree on what they are perceiving).

We are planning to publish three more reports in the 2nd half of 2013 and invite the stereographers for cooperation. Also, we are working hard to present our analysis of a stereo-window violation effect, which may be especially annoying in the more visible parts of the image. This issue appears in both captured and converted S3D films.

2D-3D conversion introduces many new problems which are absent in captured S3D video. In our third report in addition to the problems, which were the focus of previous reports, we examine two common issues of converted S3D films:

Image #2: Example of the cardboard effect: objects appear to be flattened in depth

In the overall comparison of the examined films we compare 15 S3D movies altogether from all three reports.

The report also provides the depth budget chart for both converted S3D films and captured ones (Image #4). It’s clear from this chart that ‘Green Lantern’ has no objects in front of the screen, while ‘Alice in Wonderland’ has. 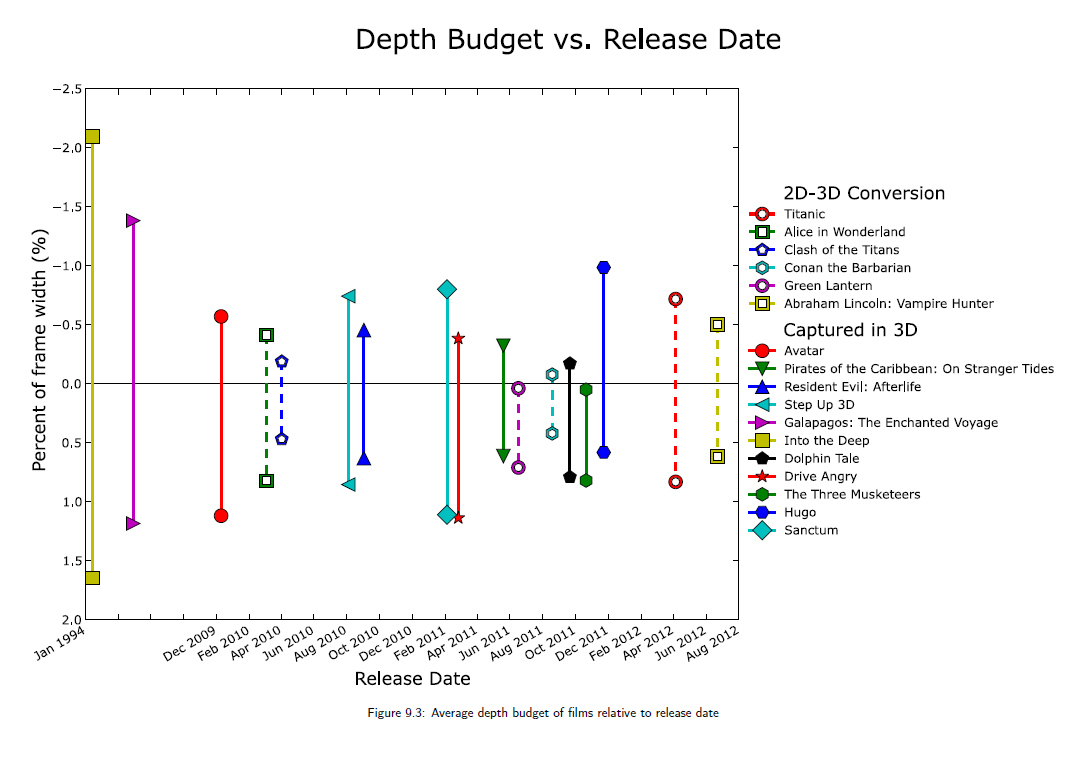 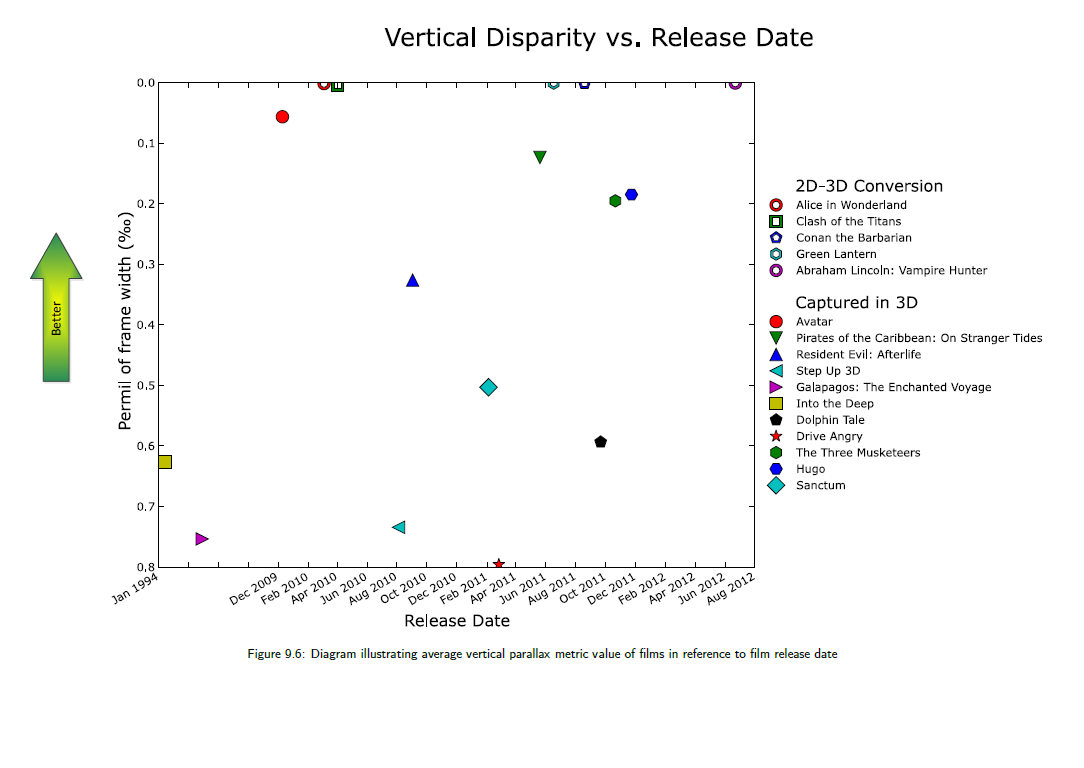 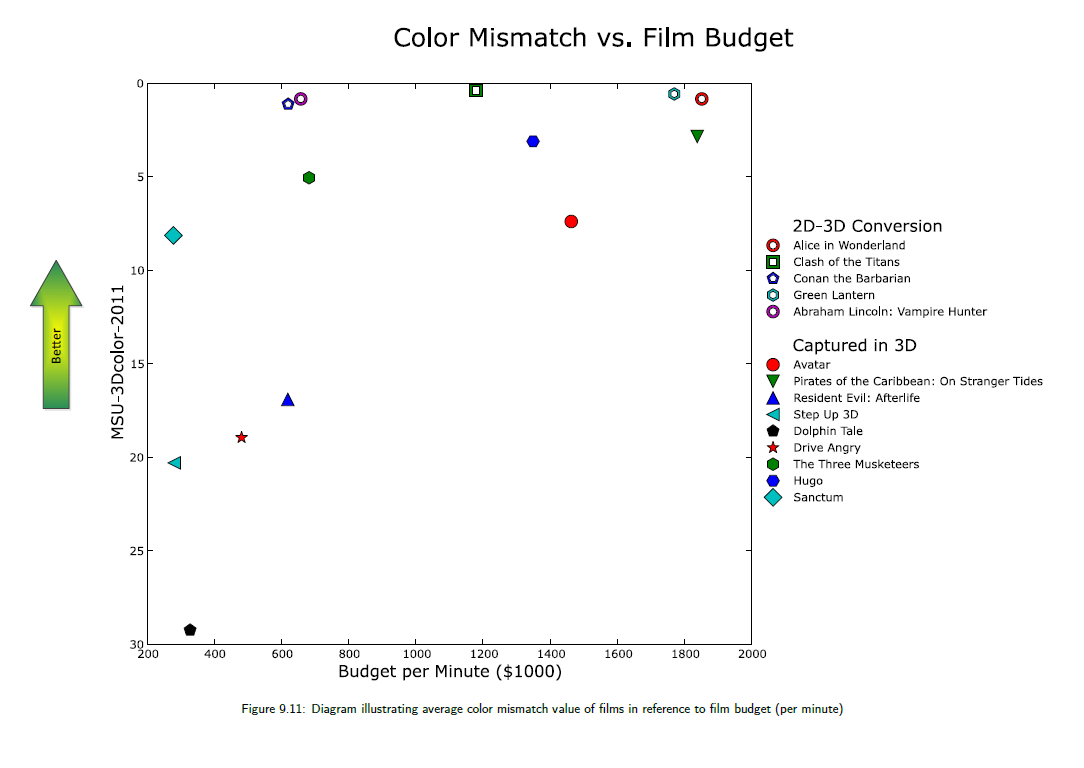 The report also contains a comparison of 2D & S3D versions of all five films. This research has several goals:

We would like to thank the following people for providing valuable comments, opinions and feedback, which helped us to improve this report: